When in Paris, do give yourself plenty of time to let your feet recover – the BEST way to see the city is in foot. And I’ve just learnt that it’s more difficult for me to walk 10-15 km in a day than it is to cycle 30 or even 60 km. Then again, the grass is always greener on the other side. While in Alsace, we prayed for a respite from the heat. So God granted our wish and we’re experiencing 20 deg lower than last week. That means bundling up in those layers, and hoping for no rain.

Whining done, we’ve actually had a couple of glorious days in Paris. Out on the Rues and the Boulevards, everywhere you look there are historical monuments rubbing shoulders with glamorous brands, that make you leave behind any sort of discomfort you might have started out in. I write this because I’ve been groaning while going to bed, then waking up in the morning with cramps in my feet, real or imagined, then a few minutes on the road, probably after the coffee and croissant, all that is forgotten.

Our first full day in Paris, and we were drawn to the top 5 famous sights of the city. I specifically chose to be here on June 21, the longest day, because of the Fete de Musique, but more about that later. We started from home, and walked past Hotel de Ville, along Rue Rivoli, and were lured in by the Louvre. No tickets to go in, but the grounds were engaging enough, particularly the pyramids.

Then through the Place de la Concorde

Up the Champs Élysées, 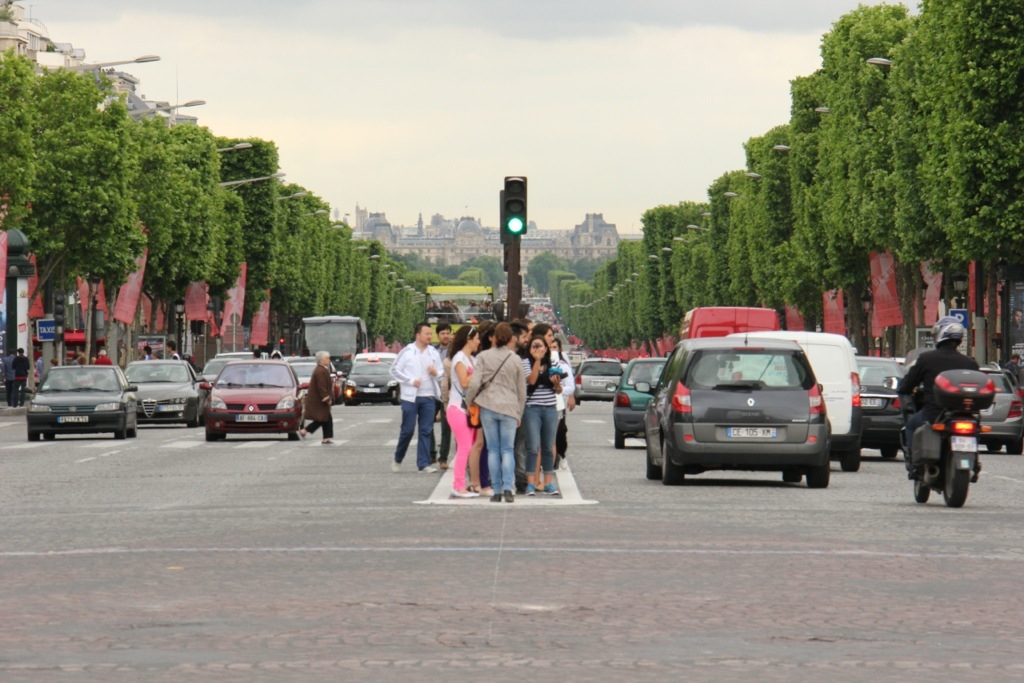 Crossing ‘under’ to the Arc de Triomphe

Then walking down Av. George V across Pont d’ Alma, past the Musée du Quai Branly for this view of the Eiffel Tower:

After spending some time in a quiet spot around the Tour Eiffel, we walked back to Place de la Concorde to meet our neighbours from Delhi over a glass of chilled Chablis and a bowl of hot French soupe à l’oignon.

Who’s noticed the difference in meals from our Alsace days? We’ve cut out 3 of those 4 courses, and are happy enough eating just the one. Lunch was a shared Nutella crepe (most popular tourist snack) and hot dog/ sandwich on the go at Champs Élysées.

Then on our way back home from dinner, we ran into the music festival. I’d heard about this festival from a friend, a few years ago, about how musicians perform on the streets, and had been intrigued. All our day long walks yielded no music performances, but at night it all started to get going. Unfortunately, the reality was quite different from my imagination. We came across a few loud, many tuneless rock bands, some techno stuff, only some of it was performed live. One of the low points was hearing Beyonce and Bruno Mars songs, the appeal of which was redeemed, somewhat, by male strippers dancing in the window! The atmosphere was party-like, lots of wine flowing and people getting drunk :-/. Disappointing. 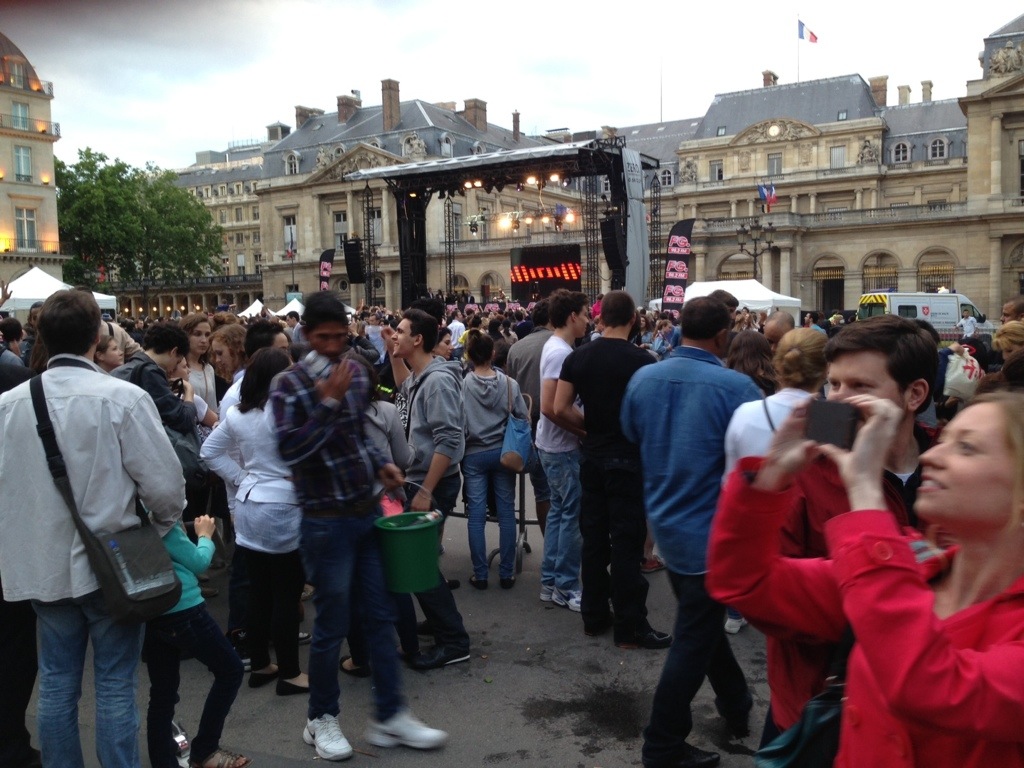 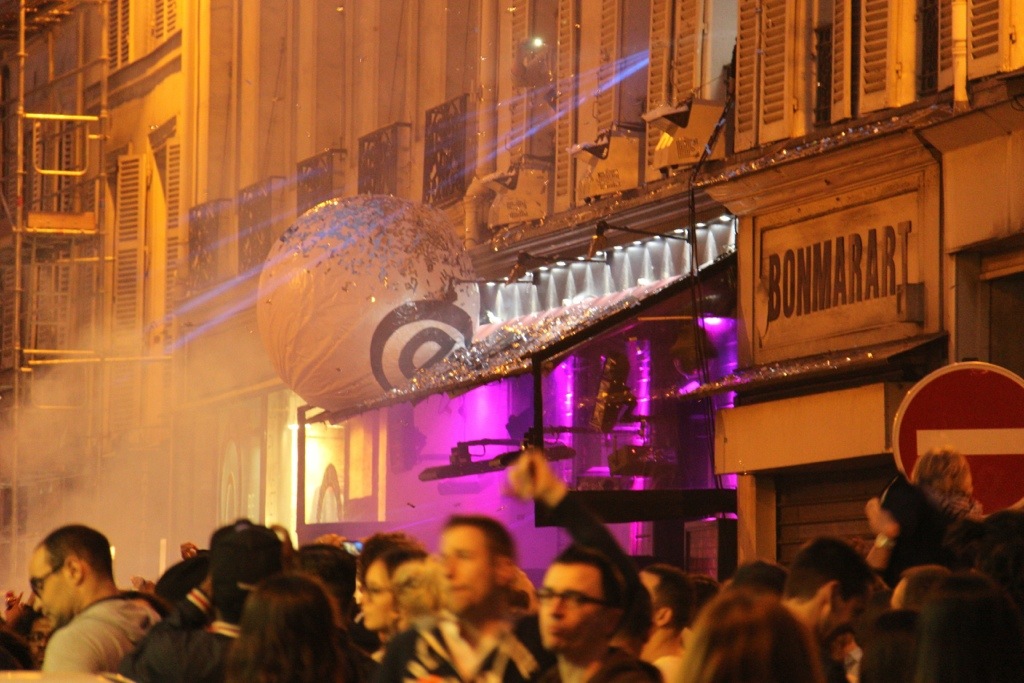 Then a couple of lanes away from home we found what we were looking for. Some honest melodious musique, played from the heart, without amplifiers, fancy lighting or other pointless tricks.