I was not particularly interested in going to Macau, the casino capital of Asia, until Suman enlightened me that it was a former Portuguese colony, and had plenty of heritage architecture to show for it. Then Liz mentioned that one of the most popular Formula 3 races happens there in November every year. That was good enough for Souvik & me to head there last weekend.

We stayed the one night at the Venetian for the heck of it. The room didn’t disappoint, and Zaia, the performance by Cirque du Soleil, positively lifted our spirits, making up for the over-the-top decor of the public spaces of the hotel (canals, gondolas, shops, bright-sky-ceiling, the works). Neither of us are gambling enthusiasts, and were not even tempted to try a hand at any of the scary tables, in spite of the fact that we crossed the casino floor every time we went from one section of the hotel to another. Like true losers, we went looking for the gym and pool, and figured that the Venetian does not encourage either – the walk through all the corridors was totally off-putting. The food options were excellent, especially because of Indian stuff on the menu. We pigged out. Forgot to check out the Portuguese restaurant! Souvik got his kicks at the Manchester United store with the gaming pods, where he discovered that a Bong never loses his phutbol touch! 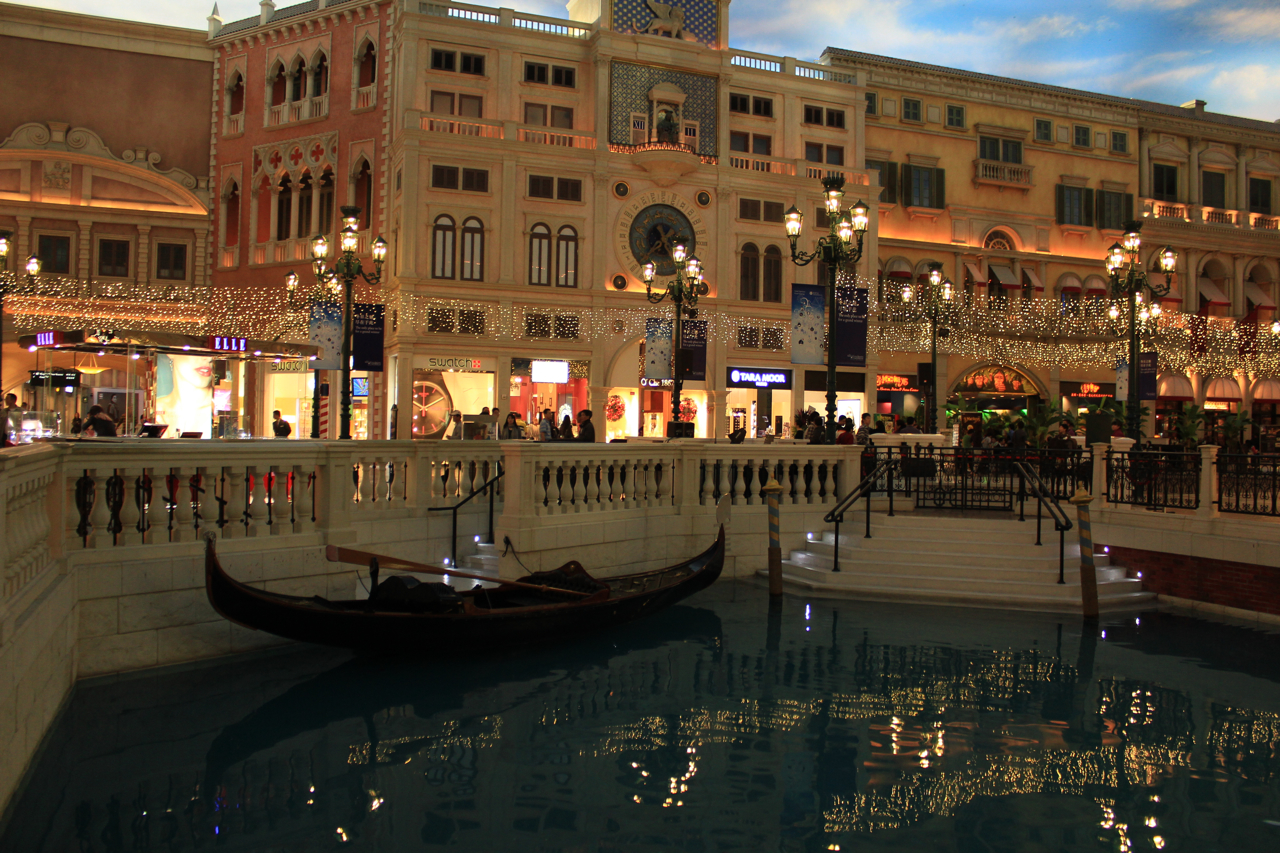 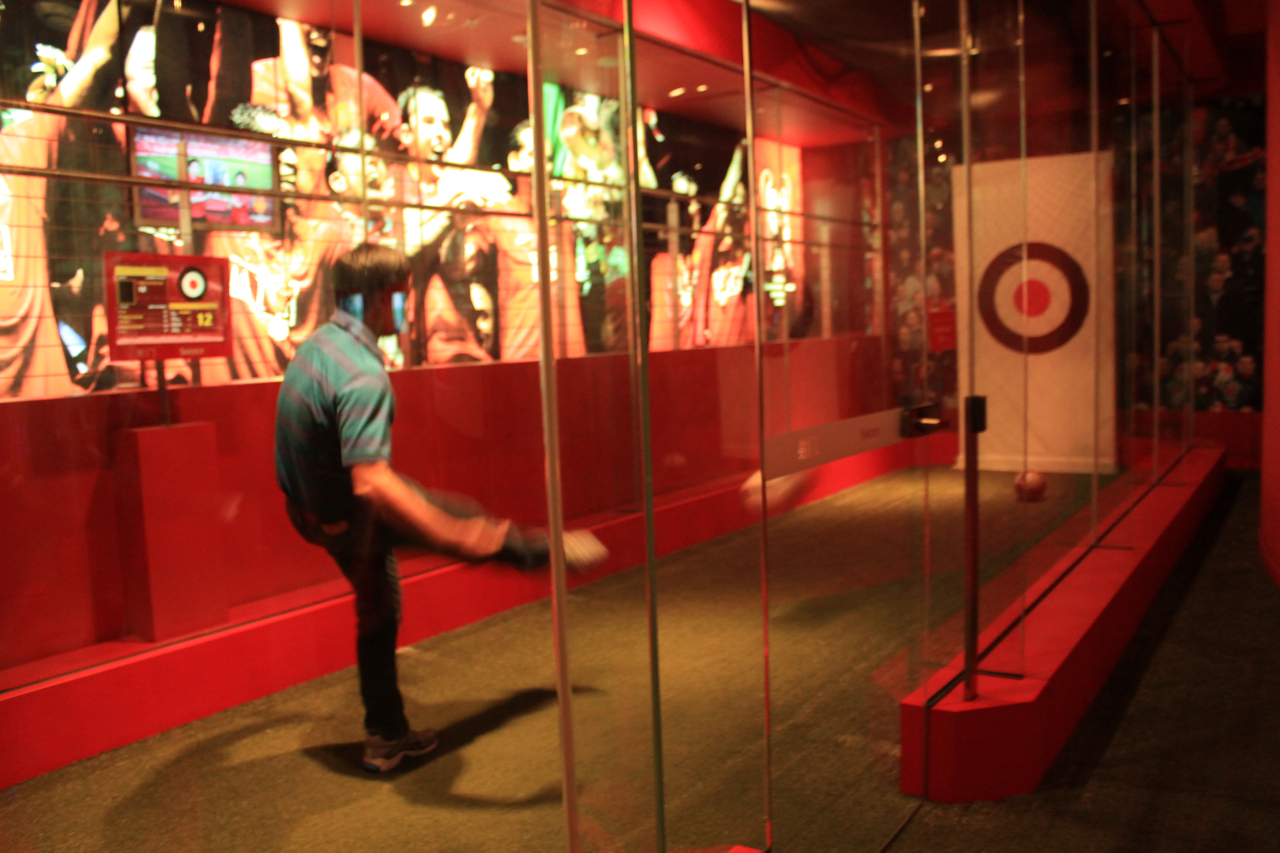 Oops! missed that one

On day 1, we started out for the Portuguese old quarters – Largo do Senado – on the way, we heard the revving of the racecars, and painstakingly found our way to the grand stand. Painstakingly because we looked for a cab, got a bus, got off early, then caught another, walked up and down the subway before we could figure out where to buy the tickets. Saturday was the qualifying round, we were planning to watch a few laps, so we bought the cheapest tickets. Fortuitously, we got there right at the start of the Formula 3 qualifier (there were a number of races that day). I practised my photography techniques through the wire fence, and Souvik was enthralled by the roar of the racing cars. Next time, Grand Stand seats! 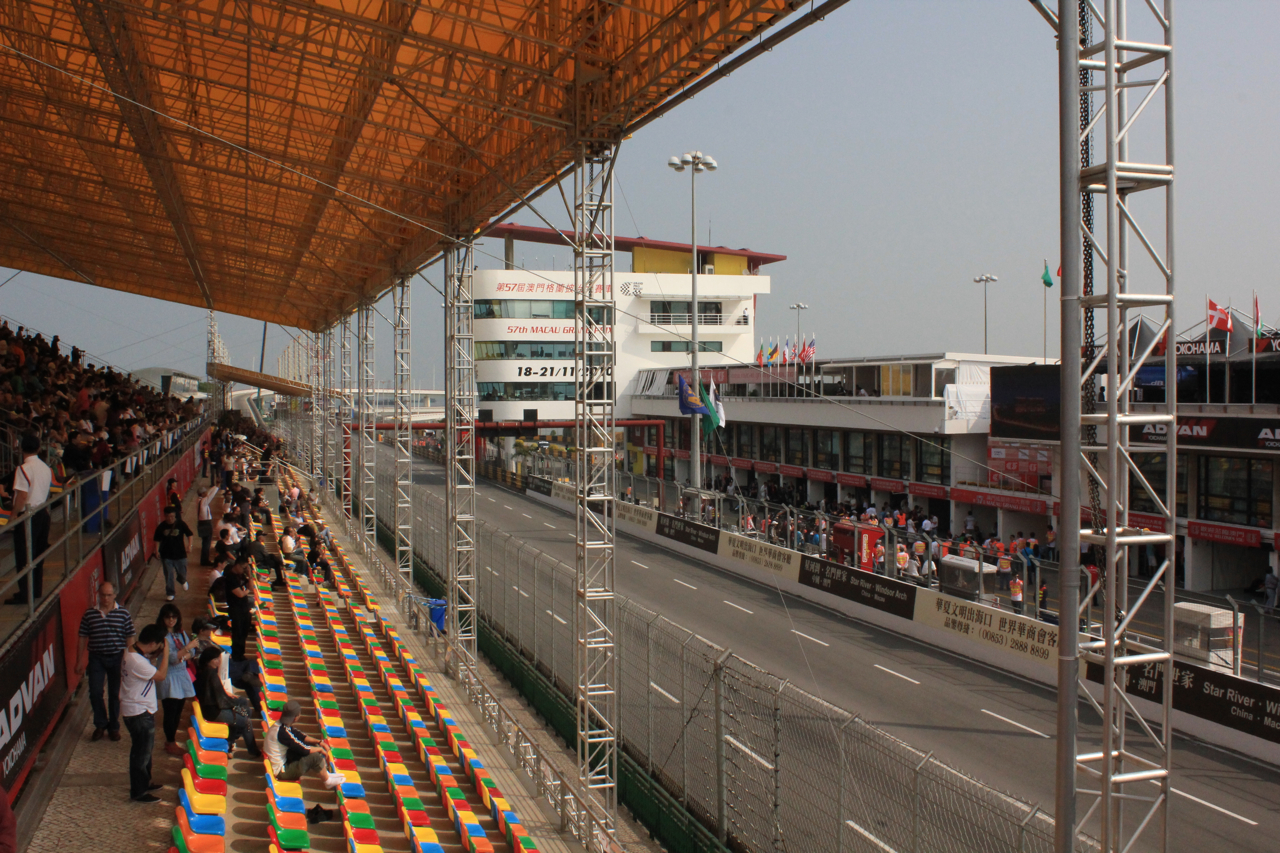 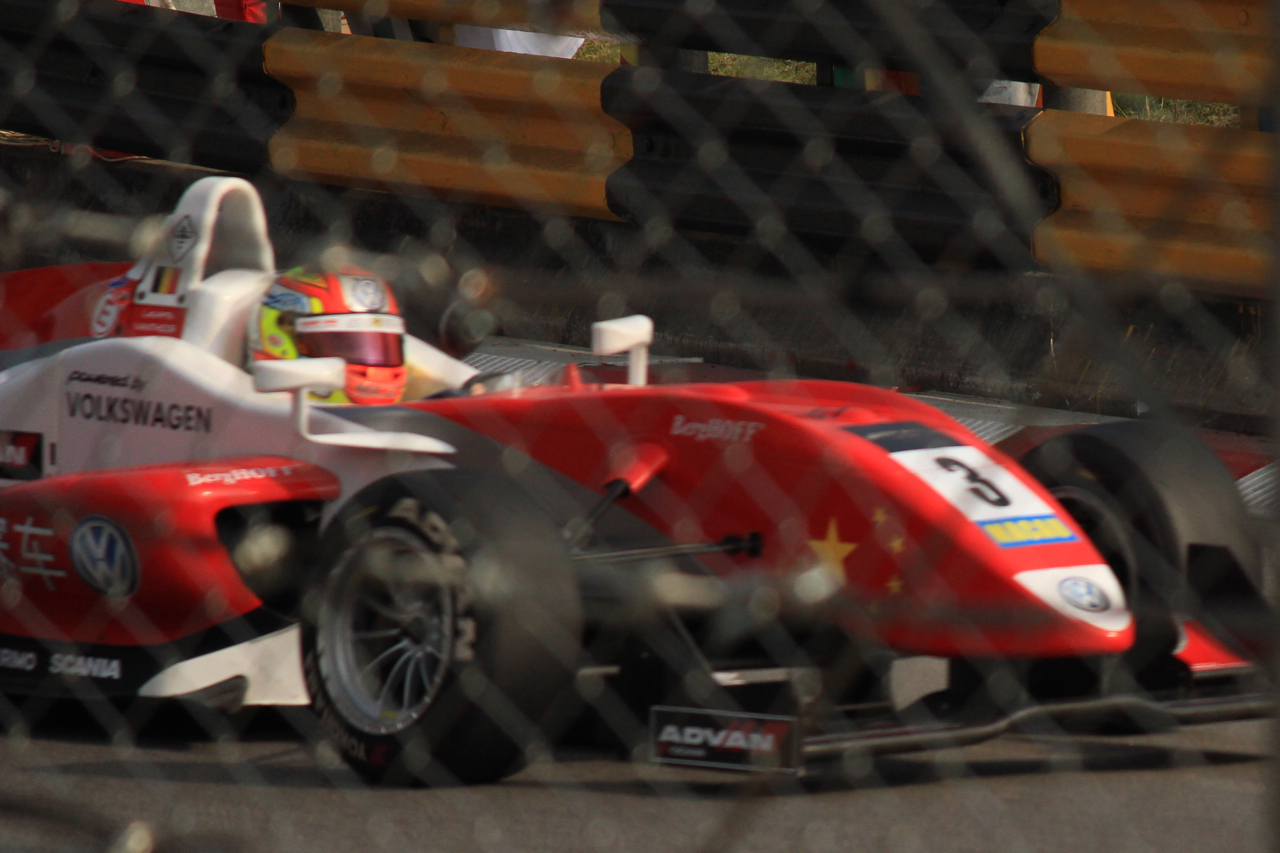 The next morning we went back to Largo do Senado. The heritage quarters were everything and more than my expectations. The elegance of the paving took my breath away, as did the church of St Dominic. We ambled excitedly towards the ruins of St. Paul’s church, and were absolutely delighted to spot the steps leading to church facade. The ruins are actually the surprisingly well-preserved facade, while the church was destroyed in a fire. The Monte fort next door is pretty interesting too. 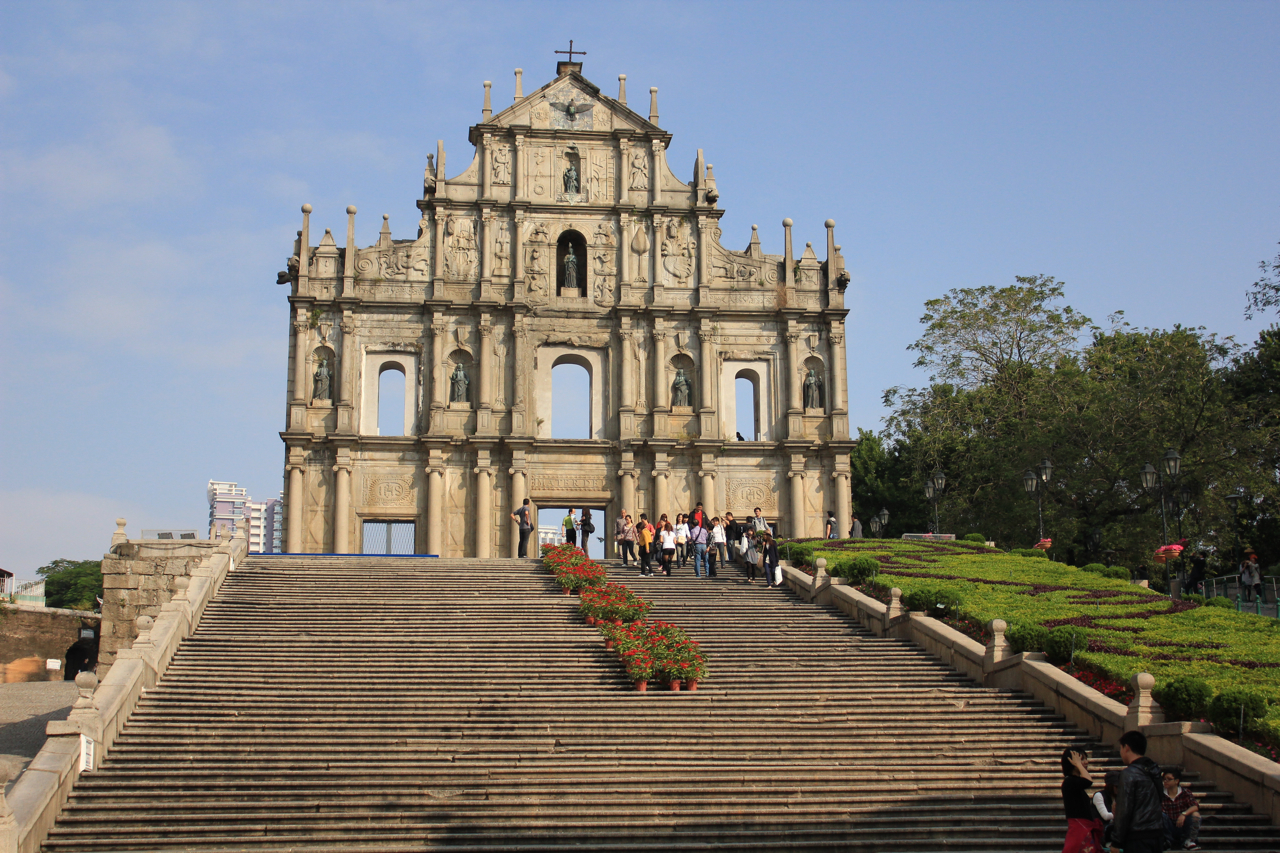 Ruins of the Church of St Paul

Macau roofscape view from the fort

The Grand Lisboa was one of the ugliest buildings in Macau, and the cannon was perfectly positioned to give it the treatment it deserved!

We had no time to look at any of the museums during our short visit. Next time? Maybe, maybe not.

Getting back was smooth – Bus ride to the Macau Ferry Terminal, Turbojet Ferry to HK airport, shuttle train to the terminal, flight to Hanoi, and finally, the car to take us home! Missed cycling.