The only reason for rushing back from Singapore was the big bash Souvik had planned for his team from work on the weekend. One of the guys in that team is, fortuitously and mercifully, a trained chef who offered to do bulk of the cooking for the 30-strong crowd. Good way to inaugurate the new barbecue, and house-warm the house!

I did cook a couple of things, of course – shepherd’s pie and brownies – but the star of the event was the steak with its accompaniments. Pak Wendy and his able sous chef and assistants did pretty well to get the coals burning, and churning out exotic squid salad, steaks and fruit soup. All I had to do to help was record their efforts. The food flew out too far too quickly for me to shoot, though, and there was a perpetual queue in the kitchen of the hungriest and eager-est souls ;-).

I used to think that Indonesians aren’t really party people, but the smiles tell the real story, right? 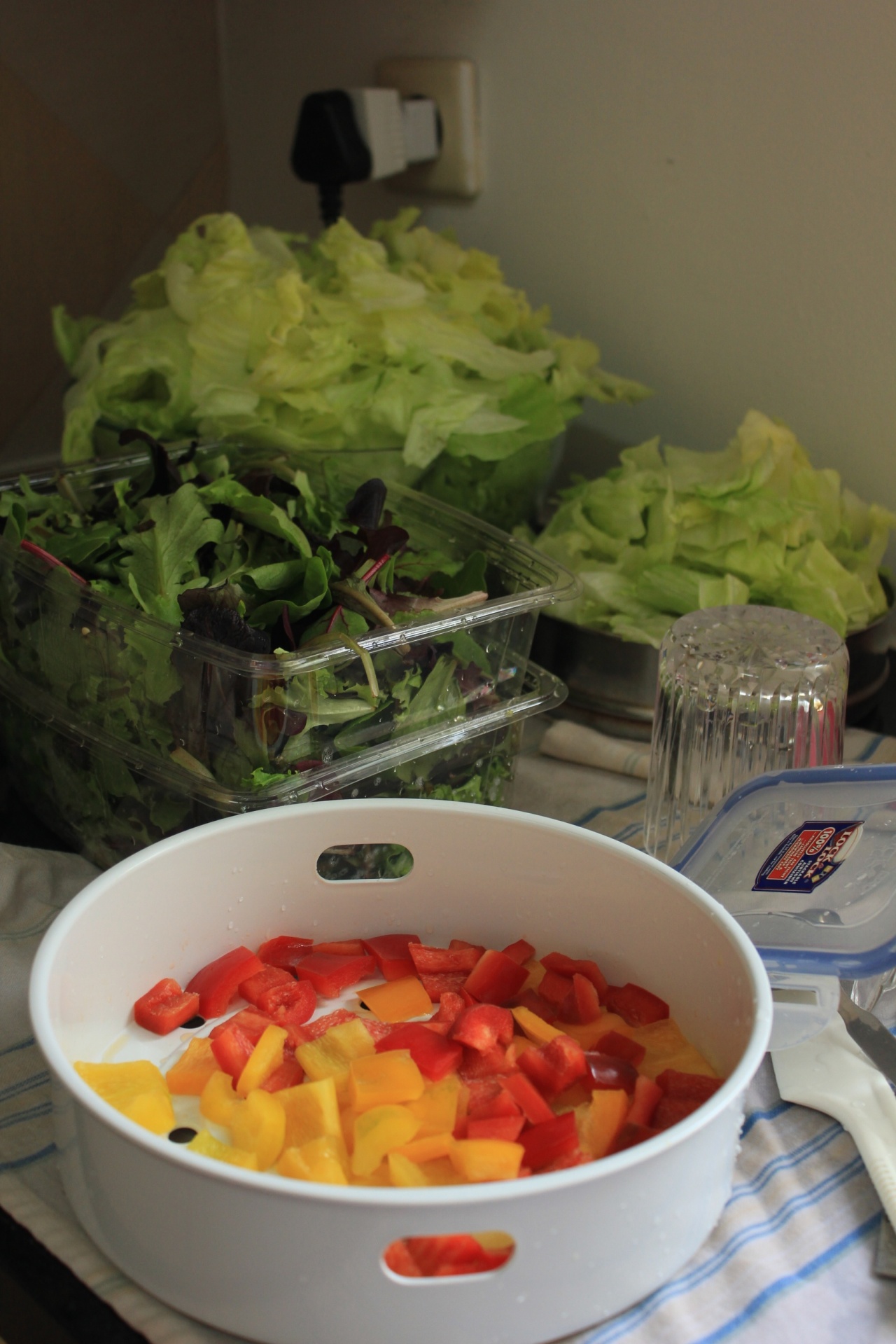