The Hills Are Alive!

The day after my Lago Titicaca exploration, we were scheduled to fly out from Puno back to Lima. Woke up at an unearthly hour 4th day in a row to find that the clear skies of the morning before had transformed into gloomy and overcast. I’d been following weather reports that were so off the mark until that point – cloudy in Cusco, rain in Machu Picchu, rain at Titicaca,  all in reality ending up being warm and sunny days and cold nights – that I sniggered at another rainy day forecast. There was a little icy drizzle as we bundled up into the car, but nothing had prepared us for this sight from the airport after security check: 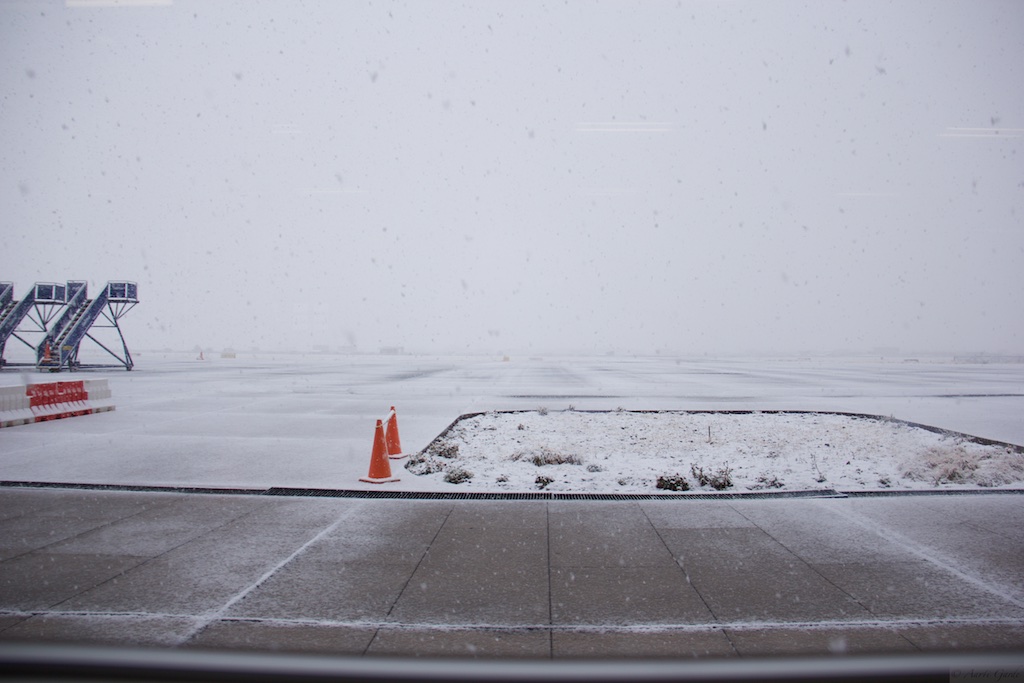 SNOW????? Oooh, we didn’t see THAT coming! Never a cause for complaint, especially when a camera is handy to click away. Except, soon there were announcements that the flight was cancelled, and we would have to queue up to reschedule. As the announcement was made first in Spanish, we were the last to figure it out, and ended up in the tail end of that queue with little hopes of getting out that day.

With plenty of time on hand waiting for our turn, we made a Plan B, and a Plan C. The brightest idea we had was to drive to Arequipa, 5 hours away (sunny forecast), and fly out of there. The lady from the airline had heard that the road might be dangerous or blocked, but if we could make it to Arequipa, she would have our flight changed at no extra cost. Nice!

I must admit I was excited at the prospect of a road trip. We rushed through a late morning breakfast, and soon, were on the road. Predictably, the landscape was gorgeous. A light sprinkling of snow on brown mountains gave it a cake-dusted-with-icing sugar look. We marvelled more than once about the sudden snowfall. And I couldn’t resist all those moving vehicle photos that I warn people about.

The sun made an appearance at midday, skies turned blue, and all was well on the road. 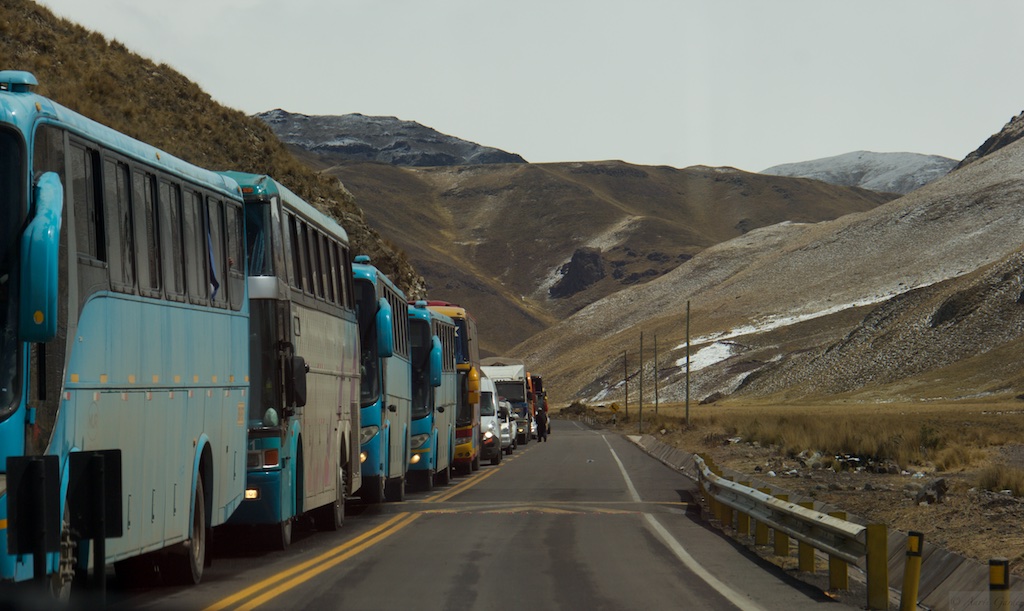 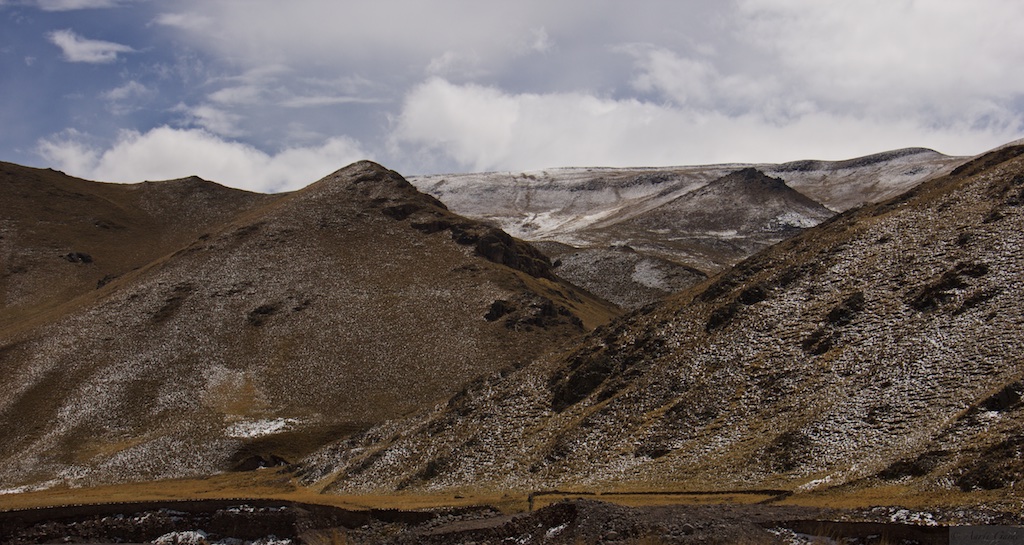 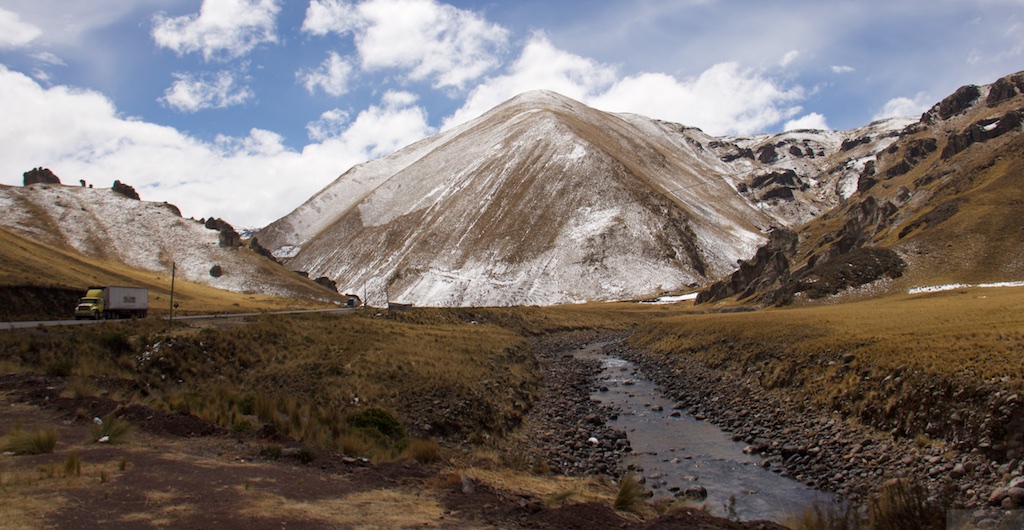 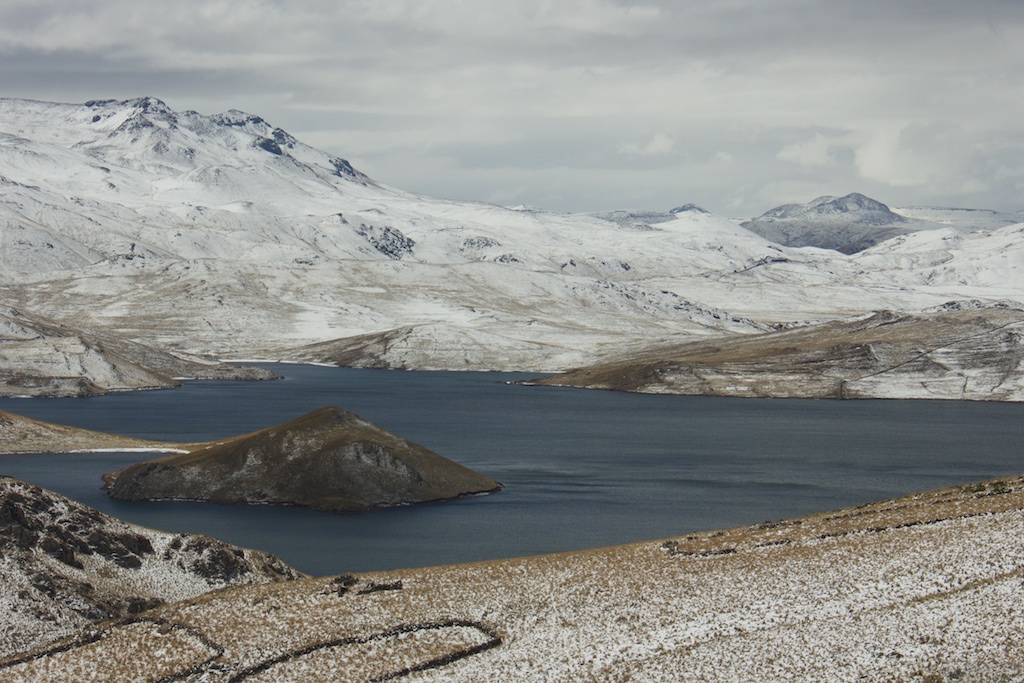 Hey, all those photos with a greenish colour cast are through the tinted windows, thanks to Souvik’s strange reluctance to open windows. Maybe it was the cold? I didn’t notice 😉

I requested Señor Jimmy, who was driving the car, and taking photos on his own camera at the same time, to stop if we spotted any grazing llamas. He obliged. 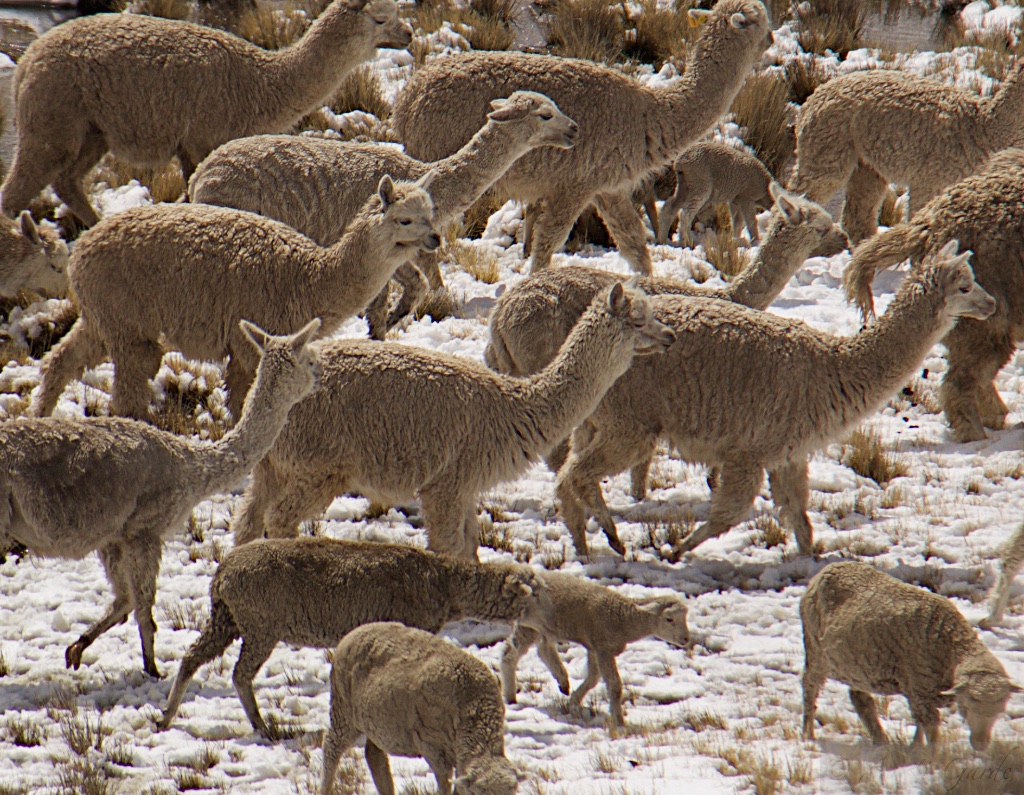 Llamas, alpacas, does it matter? I was pretty much on top of the world, whooping with joy, no other people for miles around! 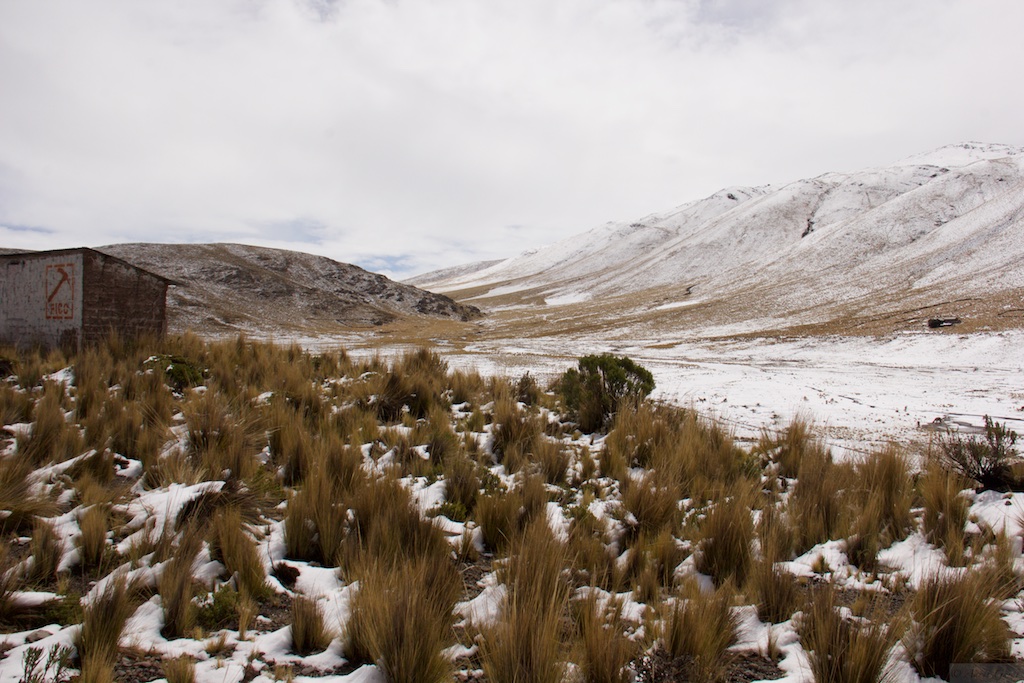 There was only one roadblock on the way. A long lineup of vehicles, because a bus had broken down. No movement for almost an hour, then some aggressive moves by some cars, and good old-fashioned road rage. I’ve added to my limited Spanish vocabulary “El Burro” and even contributed “estúpido”, coz one must learn the ways of the locals, right?

Soon after that traffic cleared, the landscape had a drastic transformation too. 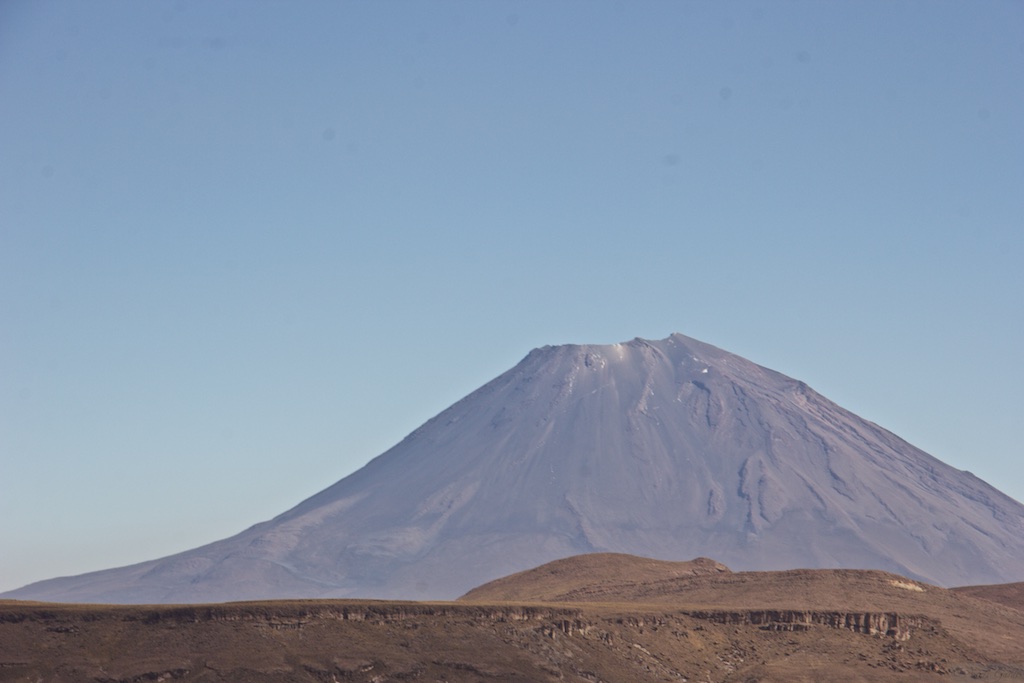 No more snow. Only desert. And the hint of canyons. 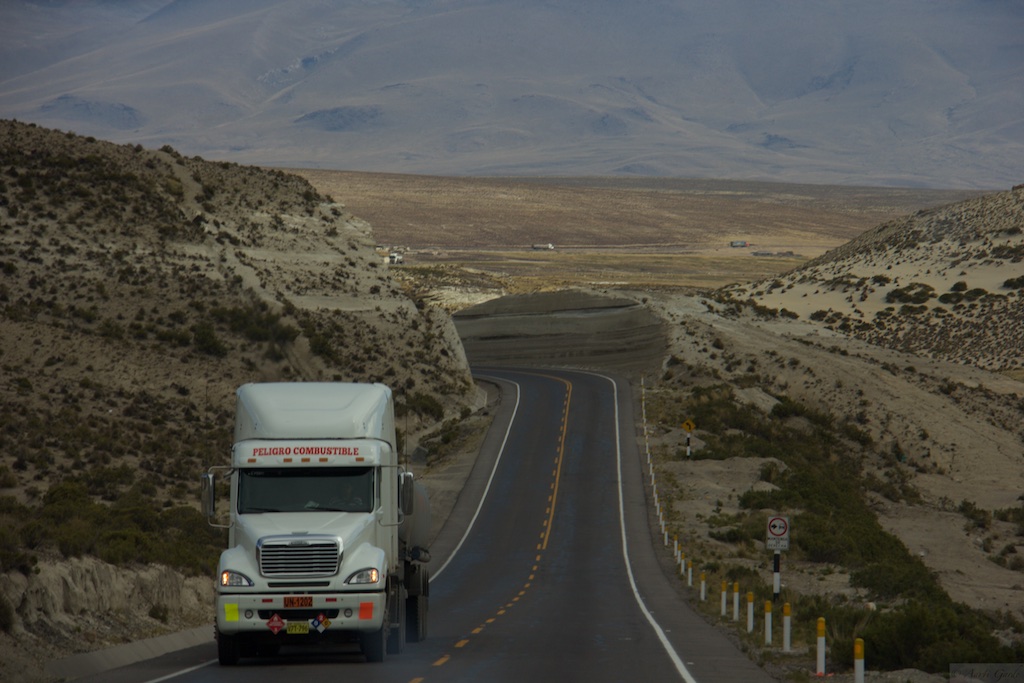 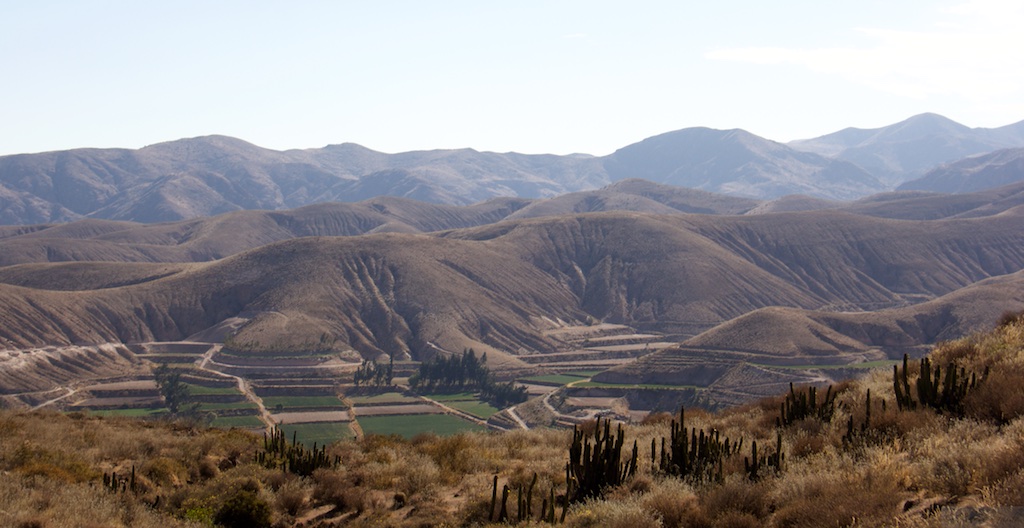 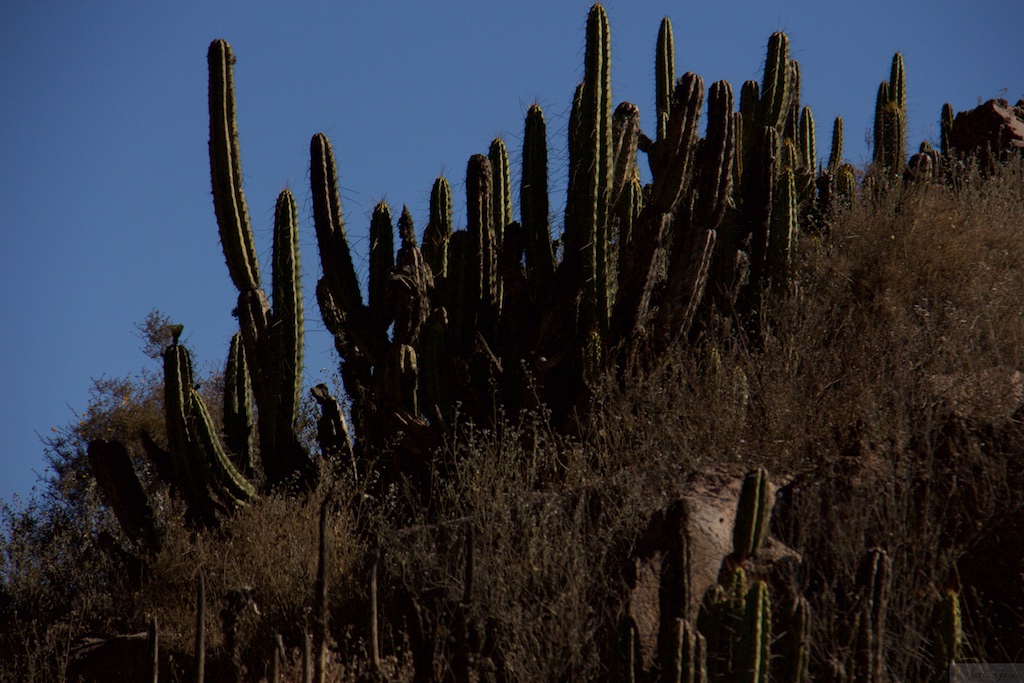 Arequipa itself is one of the major cities of Peru, and has a long and interesting history and culture. I would have loved to visit, especially the Colca Cańon nearby, but time’s too short, and Lima is calling. Saving Arequipa for another trip!

After an eventful 5 hours, one of those rare drives where I stayed awake throughout the way, we arrived at the airport. The LAN airways staff were super helpful, and we had our flight changes without any trouble.

I like to think that this was a bonus adventure thrown in at the tail end of my stay in Peru, and I left with a lingering image of awesomeness: