A Lake in the Mountains

Lake Titicaca features in geography text books as the highest navigable lake in the world. I missed that nugget when I was in school, but life dragged me by the collar and dropped me off right by the lakeside to drive home the point. Not that I was an unwilling traveller. After following the route of the sun (in reverse direction), we got to the coldest spot of my Peruvian adventure, at 12,000 ft above sea level, tucked into the Andes mountain, this enormous lake with sea-like proportions.

The hotel I picked was higher up, at Mirador del Titicaca, a short drive from Puno city, up up up onto a hill. The hotel has only a few rooms, all of them looking out at the lake from glass windows. You can spend all your time in the cozy confines of its lobby with the fireplace, or your heated room, and admire away from a distance.

Or, you can sign up, like I did, for a boat ride into the lake, to visit one or more of the islands, and have a mini adventure.

A day tour promises a visit to one of the many floating islands of Uros, and then to a larger island, Taquile, for about USD 25. The floating island is a concept that I’d read about in plenty, but not quite grasped the concept until actually setting foot on one. The totora reeds that grow abundantly in the lake are employed in everything on the island, right from the ‘floor’ to houses and boats. There’s no terra firma to step on, just a dense carpet-like squishiness, and your foot sinks into the reedy floor, with a bit of a swing. No shuffling possible, you have to tread purposefully for every step.

After being welcomed by this colourful lady on the island, we were whisked off on one of the smaller boats for a ride into the reeds. 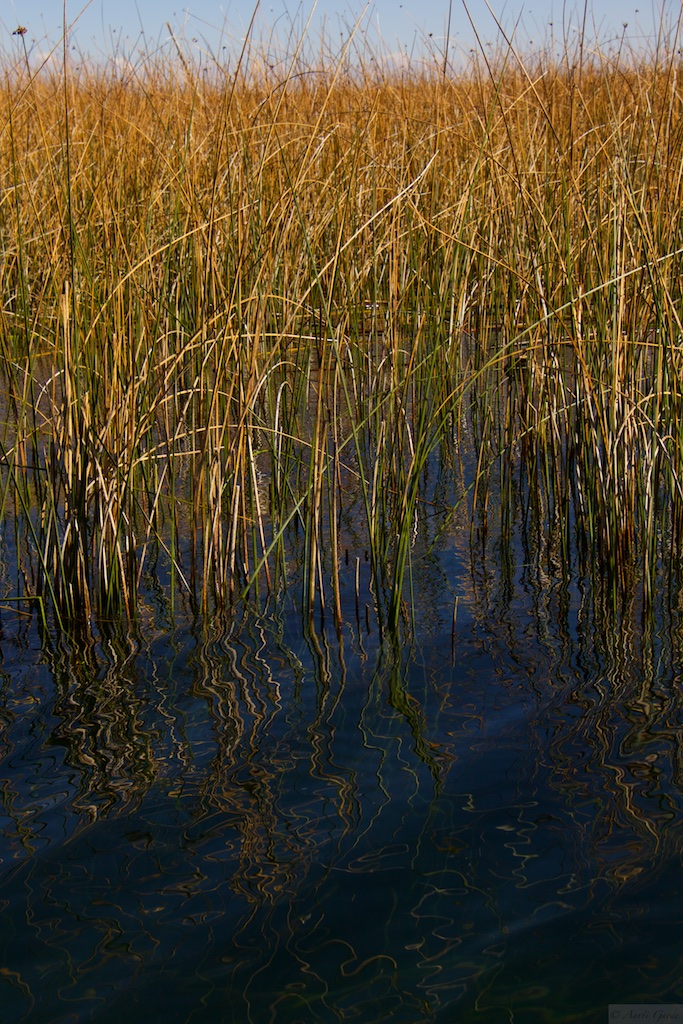 Then, returning to the island, the chief spoke to us about their life, with some scaled demo models.

Of course, there were pretty things available to buy, and photos to be taken: 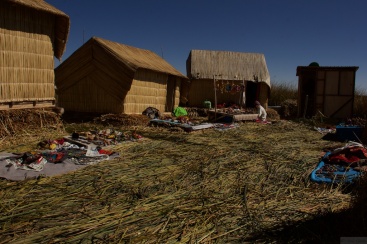 We had a friendly bunch on our boat, all eager to take photos of each other, and have their own too. 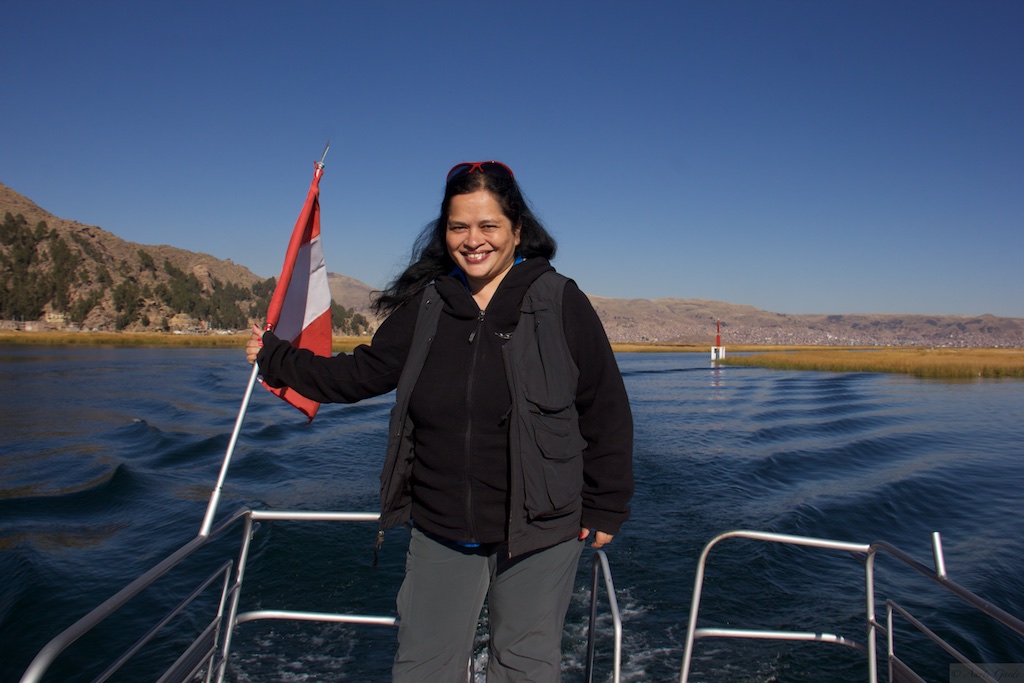 After a short snooze, we arrived at Taquile, and my heart sank at the thought of climbing the hill.

I’m sure our guide said something about the island and its people, but all fell on my deaf ears, as I panted my way up into the thin atmosphere. If I had missed the altitude sickness before, it hit me right then. The only relief was stopping for scenic photos. Until I finally arrived at the plaza, where the group had been waiting for me to go to lunch. 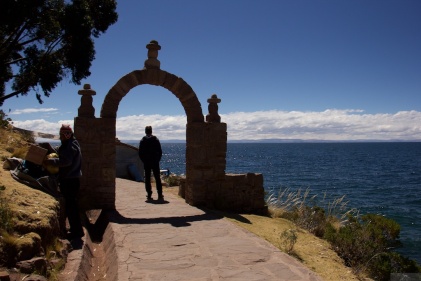 Lunch was a simple affair at the home of one of the local families. They had long tables set out in the courtyard, and a young man serenaded us with his songs, while we were served quinoa soup and trout, followed by a herby tea.

After lunch came the easier bit of going downhill, which was trickier than it seemed, thanks to the never-ending uneven steps. I wasn’t complaining.

The return journey was long, and we’d been warned of winds and waves that might pose a threat – apparently a couple of days back, tourists were stranded on the islands because the winds had been too strong for the boats. We were spared of that fate, and the winds worked in our favour, sending us back a little faster than we anticipated.

The dark clouds threatened to bring rain, and more cold weather. I was glad to be back in my cozy room before any of that happened. Souvik finished his day’s work in Juliaca nearby, and we stepped our later at night for a meal of delicious wood fired pizzas accompanied by the aji (chili) and ajo (garlic) sauces at Pizzeria del Buho.